Transit times in Southeast Asia tend to be, let’s say, unpredictable. Especially when it comes to buses. One quickly learns to add around 20% to the times promised by drivers and travel companies. So when the bus clerk in Da Nang promised that his bus to Savannakhet in Pakse would take 9 hours, I was already preparing my spirits for an arduous journey ahead. Nothing quite like this though.

I’d been warned ahead of time of the “buses from hell” traveling between Vietnam and Laos. At the start, I didn’t really see what the fuss was about. Sure, I’d already spent more than 9 hours (the promised total travel time) on the Vietnamese side of the border, laying down in the back of a mosquito infested bus in a Tetris-like formation with 3 other men, Sure, the bus started to fill up even more on the Laos side. Five men on the back of the bus. Six. Eight men squeezed into the back of the bus. Twelve hours on the road. OK, this was getting a bit uncomfortable. 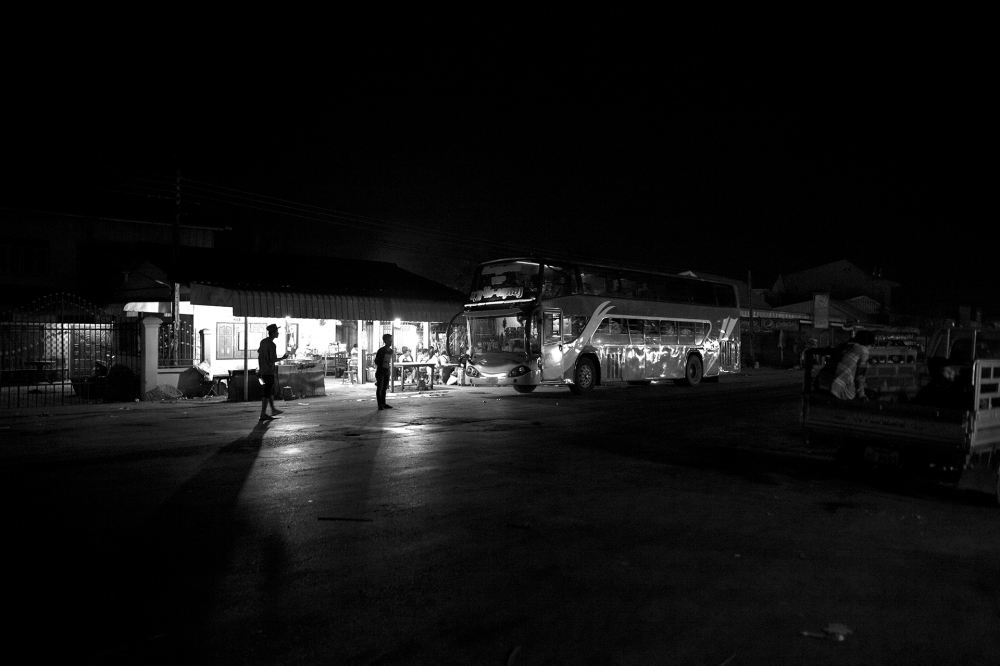 After a healthy 14 or so hours, the bus jolted to a stop next to what looked like a little road-side eatery. According to the bus driver, this was my stop. But the map on my phone still placed me 30 kilometers outside of town. Apparently some pickup truck would take me to Savannakhet from here, so I got off, waddled to the pickup pointed out by my bus driver and started my wait. After an hour I found what appeared to be the driver of the truck. With no common language, I struggled to figure out if he was in fact headed for Savannakhet that night. And as the hours of that night ticked deeper and deeper towards the next day, the only few shops around me started to close up and the slow trickle of passing cars and buses thinned out.

Two hours of waiting in the dark, and still no firm grasp of how I’d reach Savannakhet. More rats around me than people at this point. I’d not seen a taxi cab drive past, and most worryingly all the locals seemed to laugh off the idea of going to Savannakhet at that time of the night. Maybe I could sleep the night under a food stall table if nothing else?

Three hours of waiting in the dark, and a lonely long distance bus stops a dozen meters down the road. A group of four young students get off, and from their tired voices I can make out that they seem to be headed the same way as I. A glimmer of hope.

Four hours of waiting in the dark, closing on 2 AM in a country where pretty much every single kiosk, shop, hotel or bar closes their doors by eleven in the evening at the latest. Finally a wobbly minivan swerves out of the darkness to pick up the group of students, and after a bout of haggling I too was allowed to ride along. Being the only car on the road, the final trip into Savannakhet was made in appropriate haste and ease. Once saying my thanks and goodbyes to the students, it was only a matter of waking up a tuk-tuk driver and having him drop me off at the steps of my guesthouse. Only that, the guesthouse didn’t seem to be where it should be.

I’d been warned ahead of time about the dogs of Savannakhet. Supposedly they were even more vicious than their cousins all around Asia. This was quickly proven true. Just as my pickup driver left and disappeared behind the facade of an old hotel, a gang of four dogs, barking wildly and their eyes gleaming in the light of the only streetlamp around, rushed at me from the cover of a close-by alley. There was no time to take off my bags and run from the devils, so I quickly armed myself with a half-empty water bottle, assumed a wide stance and prepared for a bout. The dogs reached and surrounded me in under two seconds. The biggest one of the bunch, a silk-white crossbreed as tall and lean as a bicycle took up position in front of my face. By this point, all the dogs and cats in a six block radius, dozens of them, had started to howl and holler wildly.

Luckily street dogs are extremely territorial. As the gang of four started to tighten their circle around me and make tentative lunges at my hands and legs, I backed away towards another group of dark dog silhouettes a little further down the street while giving quick hits on the noses of the dogs on my sides. As I reached the invisible borderline of these two tribes, my pursuers made their last threatening  growls and backed off.

And there I was, stuck in the middle of the road between three or more groups of vicious dogs, in the dark of a strange city with my guesthouse not answering my calls and staying awake by adrenaline alone.

Just as some fenced-off trash bins close by started to look like a realistic place to spend the night, I finally got a call back from my dazed guesthouse keeper and found guidance to a bed with walls and a mosquito net around it. Sleep came quick. 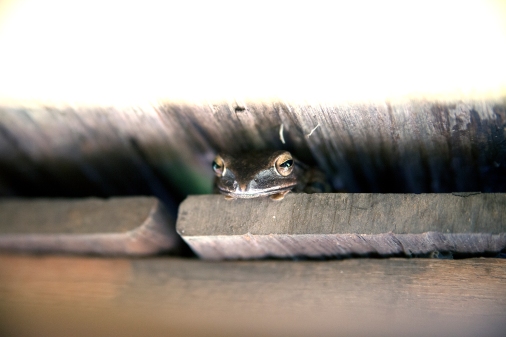 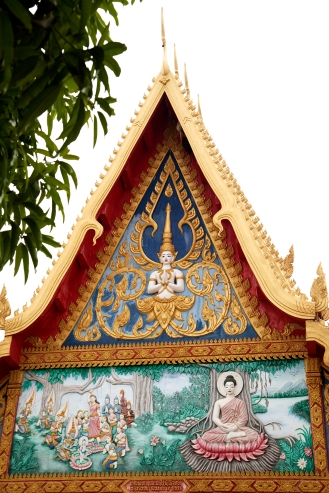 After waking up in Savannakhet, things took a relaxing turn almost instantaneously. I was staying in a bungalow surrounded by a beautiful garden full of animals and ducks swimming in a pond under my porch. This city as well as the next one, Pakse, both maintain an constant aura of a lazy Sunday morning. There are people moving about lazily. Someone’s selling tubing and fishing nets in a street corner, but not putting too much effort into it. The girls at riverside cafes are pleased to pour you a cold beer, but will usually go straight back into gazing deeply into the Mekong or listening to music on a relaxed bench. 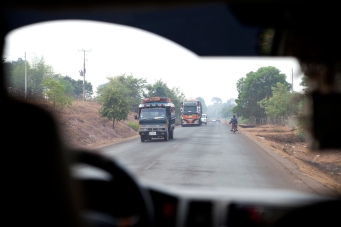 Laos captures that quintessential spirit of nonchalant freedom of time that’s acutely missing in most of our lives. It’s a place where moments quickly turn into hours and sunrises jump to sunsets without much effort.

This sense of non-movement was fantastically fresh after rushing through China and Vietnam, and would only be accentuated at my final destination in Laos, the island of Don Det.