Yet another bright and early bus journey through foreign borders. The familiarity of Europe quickly falls behind, as the bombed-out husks of farmhouses, bunkers, churches and gas stations start to stroll across my window. Bovines grazing among artillery craters. I believed I’d become accustomed to witnessing fresh signs of warfare during a past trips to Serbia, Vietnam and beyond. The scale of all this and things yet unseen, was to be something else.

An abandoned factory in Banja Luka.

A game of chess in Banja Luka. 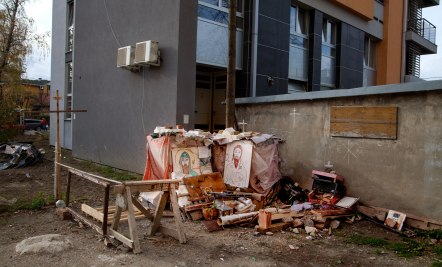 A street shrine in Banja Luka.

My feet touched Bosnia and Herzegovinan soil for the first time in the city of Banja Luka. Life here immediately reminded me of the rougher parts of Siberia. Gaggles of men clad in three-striped black-and-white from head to toe. Kids running around the centre of town with hysterically authentic looking plastic Kalashnikovs. Well maintained Ladas, and even the odd Russian flag face of Putin here and there. The contrast, after just a few hours spent sat in a bus, between Ljubljana and here could not be more stark.  A well meaning town all-in-all, with good unassuming food, gorgeous Slavs, a slow pace of living and even the odd optimistic high-rise strewn about. 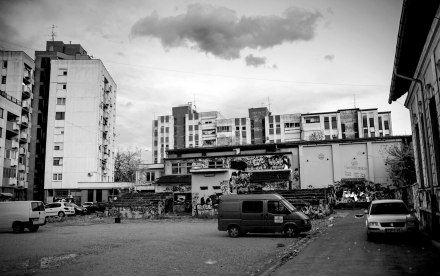 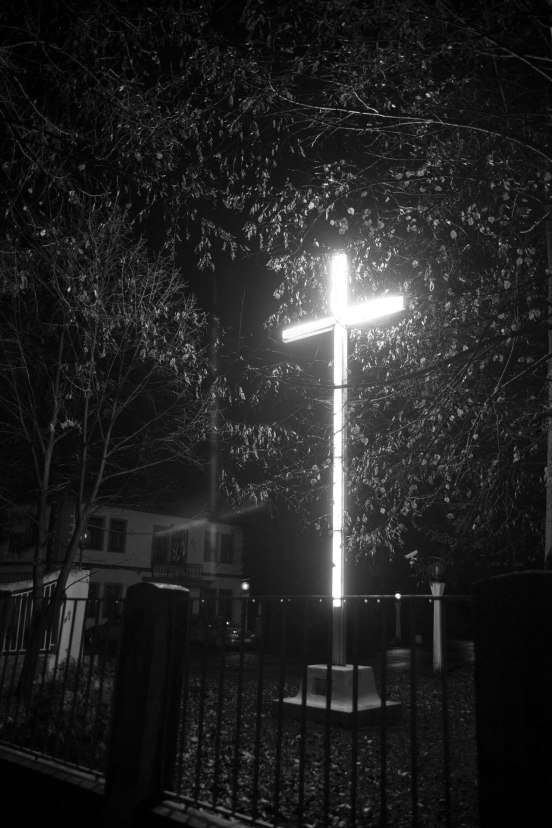 One might be surprised to find, that the transport infrastructure in this part of The Continent is not the most thorough. As a result, I found myself waking up before 3 AM to catch a bus leaving from the other side of the city. A two hour walk through muggy night air and disconcerting alleys. The light of a poly-carbonate crucifix bouncing against the eyes of stray dogs lurking in the shadows. I made it with 4 minutes to spare and was even able to purchase a ticket with my groggy Russian. 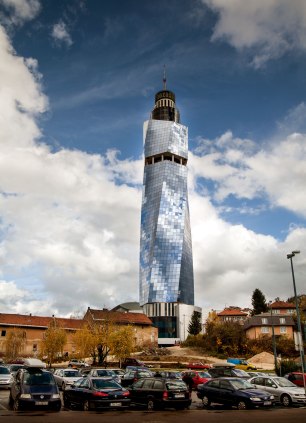 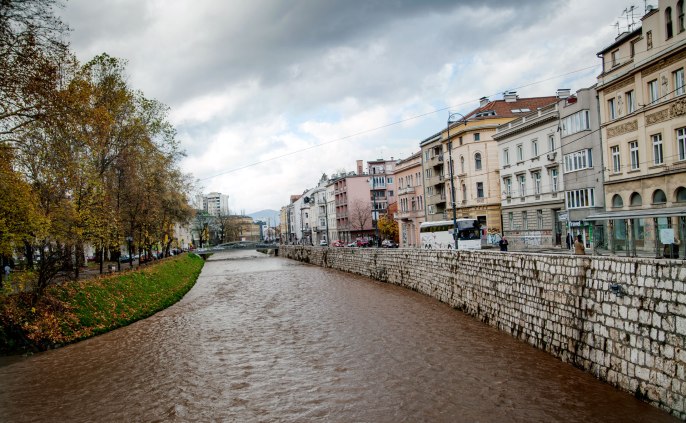 I awoke from my bus some kilometers outside of Sarajevo. The hollow farmlands had given way to brightly forested mountains. From my very first introduction to the city, this place fascinated me. A clattering tramway system, still littered with bullet holes. Phallic monuments of glass rising up next to centuries old Turkish bath-houses, Austrian beer-halls and burned-out communist flats.

As is the case with many parts of the world that have experienced unforgiving hardships, the people of Sarajevo offer bounding hospitality and the warmest of hearts. An unlimited display of the joy of existence.

This energy is naturally mirrored by a core of melancholy and loss, which can not be avoided in familial conversations or wandering strolls. Vast graveyards of white marble drip along the hills of the city. The marks of shrapnel, high-caliber weapons and explosives painted red on the streets.

Speaking to people my age, in their 20’s, who experienced war and genocide first-hand in somewhat similar childhood surroundings as I had back in rural Finland, is a revelation. Stories of playing bootleg NES games at your friends house, only to have to run to the basement for shelter when the shelling started. Or of carrying dying people from the streets and then returning to the disco to dance to Scatman John in a bloodied shirt.

But remembering these events, both in architecture and stories, clearly bring to the people of Sarajevo one of the healthiest attitudes towards living I’ve seen.

As an enthusiast of scenic locomotion, I’d been anticipating the famous railway crossing between Sarajevo and the mountainous city of Mostar. Unfortunately a stern lady at the ticket office provided me with a non-answer for why the line was cut momentarily, and I’d have to traverse once more by bus.

With the roads swerving up and around mountains of ever increasing beauty and over cerulean rivers, I soon arrived to my destination.

This area was one of the most fiercely contested ones during the Yugoslav conflict, with Catholics and Muslims battling each other over bridges and with sporadic fire across and over the river. These streets and buildings still bare heavy scars, as do the minds of the population. Rarely have I felt such vivid tension between the ethnic groups within the city, and my kooky but loving hostel host was sure to warn me about showing the wrong sympathies on the wrong side of the river. 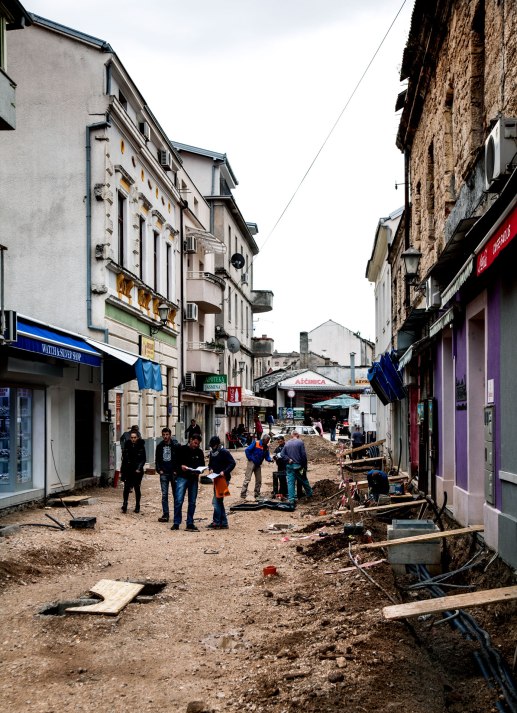 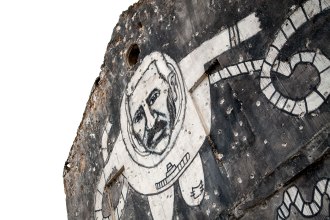 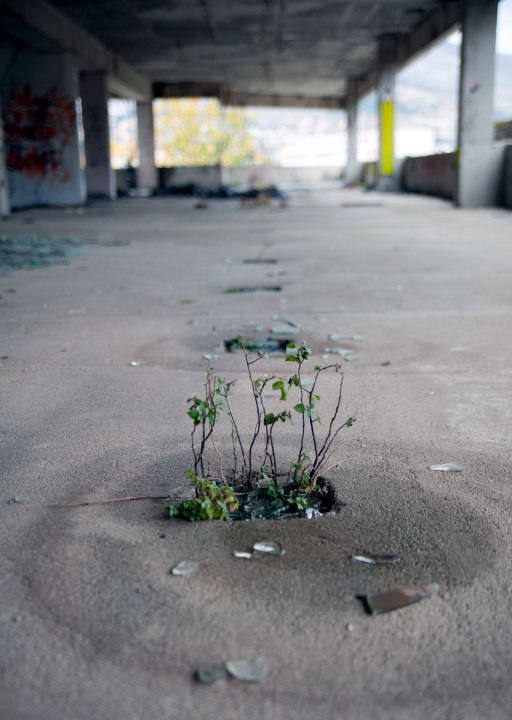 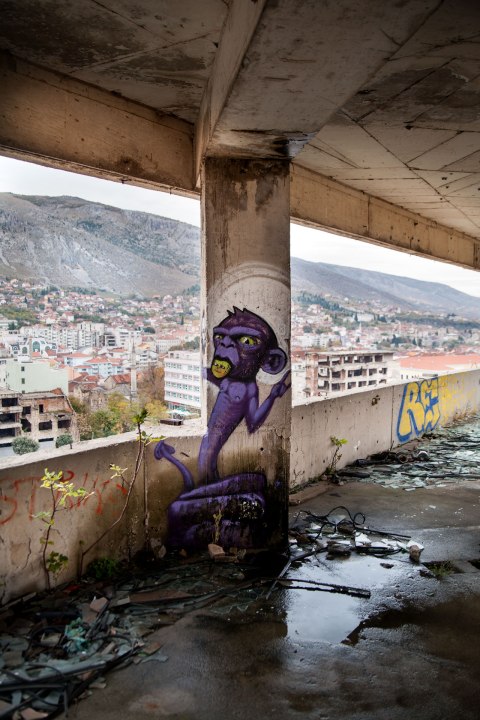 As I crisscrossed between the Catholic and Muslim sides of the river,  I often found myself looking through snipers’ nests or mortar positions over the ensuing damage on the opposing side. Planned hatred enacted upon. Destruction, which would be hard to comprehend if I hadn’t seen it again and again across the world.

From the right viewpoint and with enough distance however, Mostar shows itself as the most picturesque city I’ve seen in the entire region. With dusk, the bullet holes get covered with darkness and the cramped cobblestone alleys echo the sounds of the river. Charming restaurants are emptied of day-tripping tourists and the locals are eager to trade stories, chocolates and massive venison meals with interested travelers.

After an annoyingly short spurt through it’s cities and vistas, Bosnia and Herzegovina turned out to be one of those wonderfully magical and spontaneous journeys for me. An idea out of the blue leading to rich encounters, beautiful sights and knowledge gained. Out of all the places along my path on this short spurt of an excursion, this area is the one I find myself longing for the most.

Not the time to get ahead of oneself however. I was still far from my point of excursion and fresh sea air had intruded my dreams once more. It was time to descend from the textures of modern war to the romanticized fortresses of old.