Hanoi arrival, a couple of hours before midnight. By accident, I’d packed my bag in such a way that the metal latch of my small tripod was constantly probing at my spine. The night was relatively cool and I could even see a few starts through the light-polluted veil of smog. I wasn’t too keen on the prices I was offered by motorbike drivers around the bus station, so I decided to look for a local city bus. Always a nice adventure first thing after arriving into a strange new country. After finally locating a bus stop of sorts along the constant flow of scooters, I received just the sort of reprieve one needs on a strenuous moment like this. A friendly smile and wink from a beautiful girl dressed in all white, except for pairs of red shoes and red lips. As she passed me, she gave me a healthy punch on the collar bone. I guess i’d been warned that the girls in Vietnam were a bit crazy. 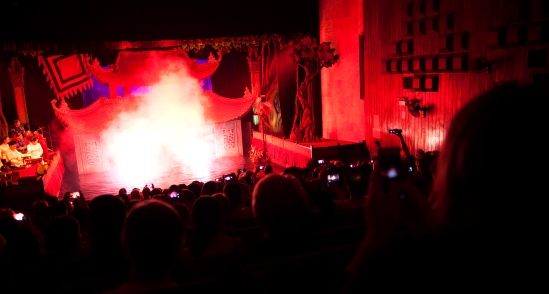 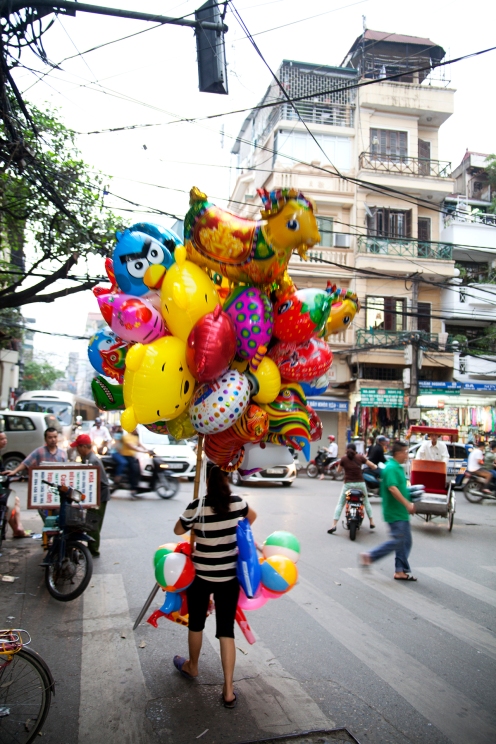 I finally settled in quite well into a hostel at the outskirts of the old town of Hanoi, and settled in quite well in Hanoi in general for that matter. The ant nest traffic is a bit much and rather stress inducing at first, even for someone who’d just witnessed the horror shows of Mongolian and Chinese motor traffic. Unlike in those past countries however, the traffic in Vietnam makes sense and is quite civilized in its chaos. There are very few accidents or traffic jams and a rather managed amount of honking and beeping. 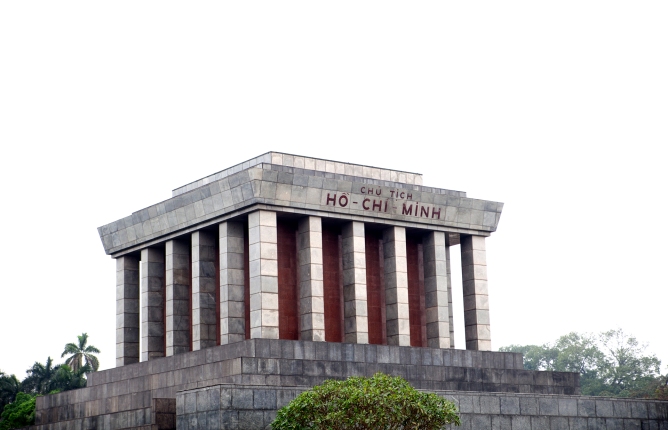 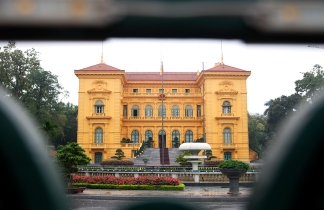 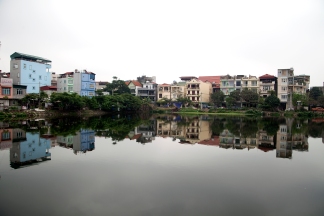 After side-lining the issues, or non-issues, relating to traffic, Hanoi has a lot to offer in terms of organic city culture and history. There are very few sights to check off a list, which was a great thing in humid +35 degree weather. By the way, I always refer to my temperatures in Celsius. I can sometimes recognize the utility of miles, inches and even gallons, but Fahrenheit? No.

Anyways, as I was anticipating from what I’d heard beforehand, Hanoi and Vietnam in general proved to be an amazing destination for a foodie like myself. Pretty much anything you buy off the streets is guaranteed to be delicious, cheap and exciting. Especially so, if it’s a place that only sells one thing. Preferably a place with some very tiny plastic chairs and 25 cent pitchers of fresh beer. 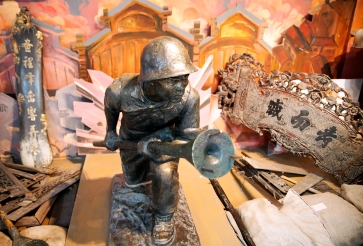 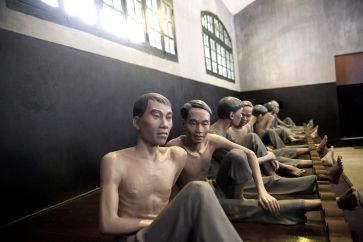 With all the beautiful food and people and highly textured architecture, there’s also scars of the war to be found. Not in such a stark way as I would find in other parts of Vietnam, but passing by the wreck of a B-52 in a back alley or going to see the local war museum  or the “Hanoi Hilton” can be enough to drain a lot of positive energy from your day.

Hanoi is also a great place to meet new people. As everyone spends their evenings out on the sidewalks eating and drinking, you’re bound to pick up on an interesting conversation somewhere and quickly find yourself in the company of a half dozen new friends. As I left out on a two-day excursion to the famed Ha Long Bay, I was pleased to find that by prophetical happenstance I found one of these new friends, a jovial Canadian with Finnish roots named Kris to be traveling on the same boat as me. And of course, as is often the case in this part of the world, I’d come to befriend a whole lot of new droogies on the beer-laden ship. 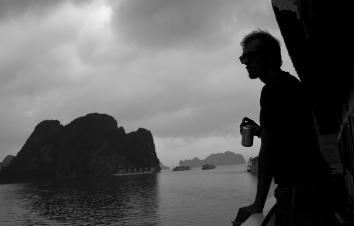 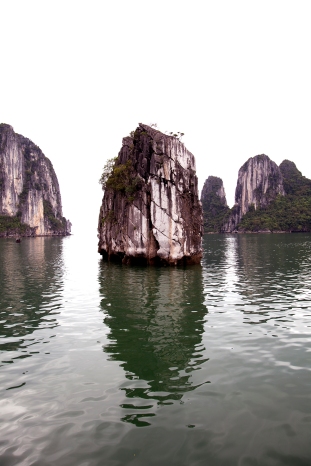 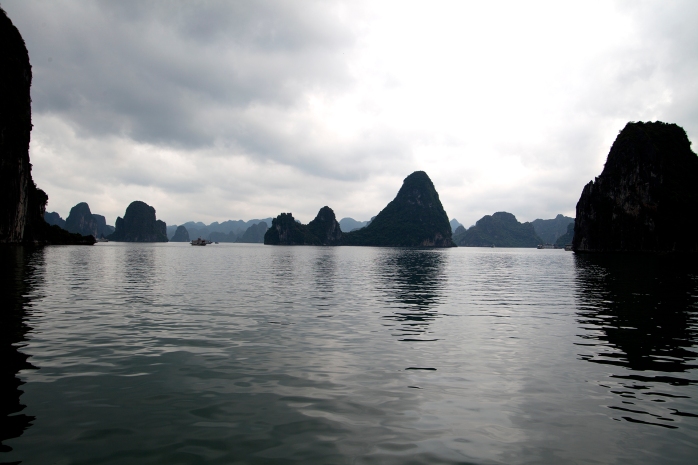 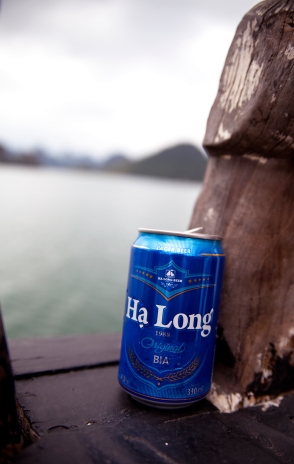 Ha Long Bay has a lot going for it in terms of scenery. Very much reminiscent of the mountains surrounding the Li River, only in the sea. The natural beauty of the place is however somewhat let down by the heaps of garbage floating in the water. So after a day of biking in and around the caves of one of the bays’ many islands, we found our intoxicated fishing session quickly turn into a quest to collect as much rubbish out of the water as we could. The crew were not so pleased with the heaps of rotting plastic we ended up hauling on the decks of the ship. Also, it was only after my night swim in the bay that I came to think of the highly likely lack of septic tanks in any of the dozens of boats occupying the harbor on every day of the year. 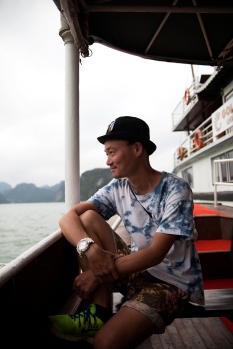 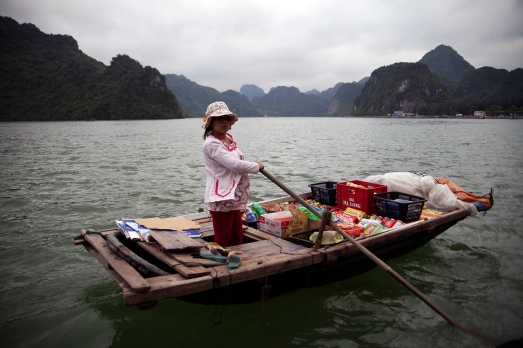 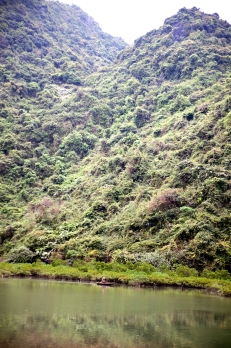 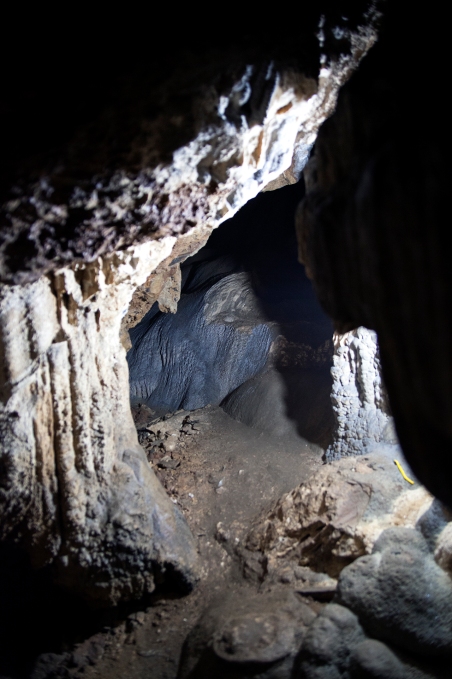 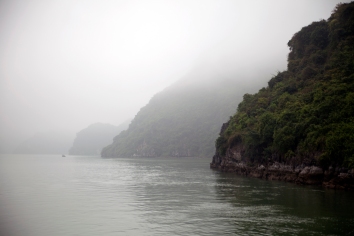 But even in hazy weather, floating on a cesspool of garbage, the trip into Ha Long proved to be a pleasant getaway from the stifling humidity and high-strung beat of Hanoi. Still red-faced from a couple of days out on the sea, I strapped into my bag once more, this time with a properly stowed tripod, and jumped on a very pleasant night train headed for the city of Hue. Sharing the cabin with me were three boys, older than me but definitely still boys, from England. “Yeah man, we’re headed towards Bangkok. For hookers and blow, you know. Hookers and blow. Want to join us playing cards? We’re probably going to be playing all night”, proclaimed the tiniest one of the bunch in a squeaky voice.

Oh this would obviously turn into a relaxing and uneventful night.