A hard rain brings the roaches out. Arriving into Krabi Town just before sunset in pouring rain, the bottoms of my shoes became viscous with the corpses of these crawling little buggers.

Luckily the downpour did not persist, and after a quick hostel check-in I had few hours to stroll the streets of this municipal capital. Alleys of omnipresent street-stalls. A local farmers market with groovin’ grannies and mazes full of glorious foods. The chorous singing of toads celebrating the end of the rain in gutters all around town. My last few steps on the continent before setting off for a string of islands. 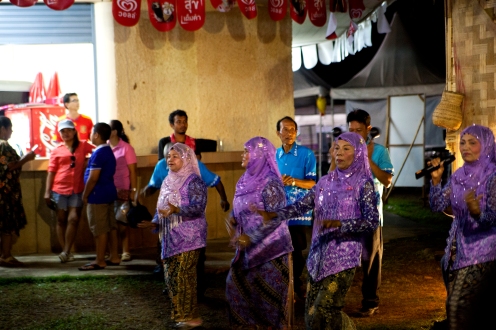 The familiar Tetris of stuffing into a packed minivan, early in the following morning. A hasty shuffle through traffic onto a ferry towards the island of Koh Lanta. 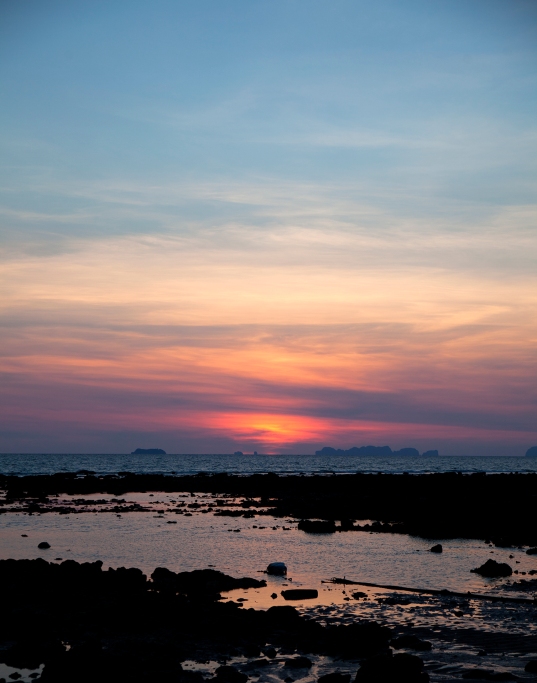 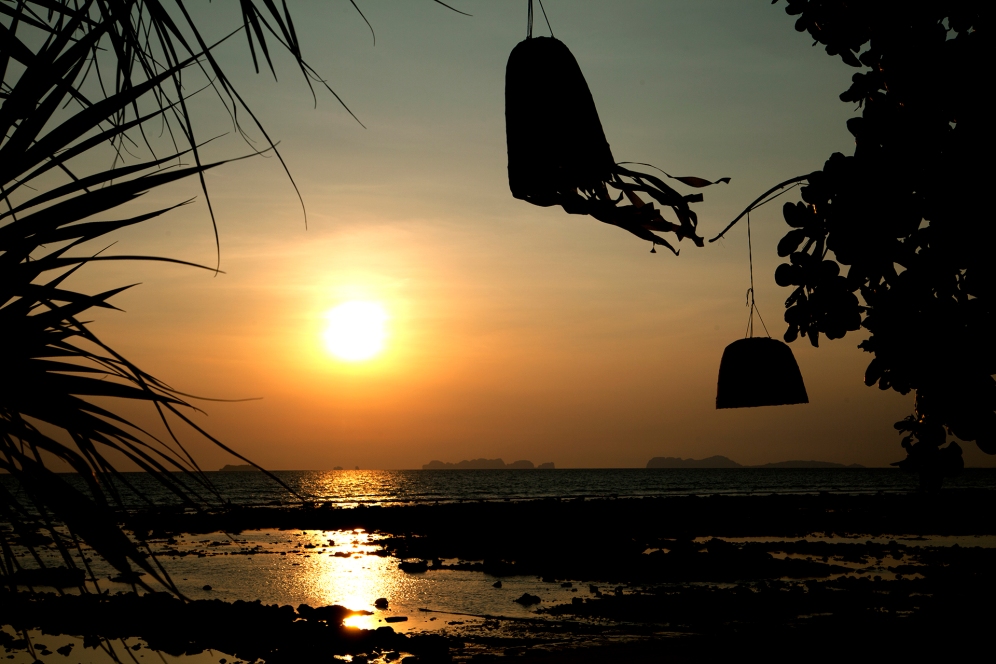 During my time in Southeast Asia, I’d met heaps of happy travelers on bikes and scooters praising the virtues of two-wheeled transportation. As someone with extremely limited exposure to motorized two-wheelers, I hadn’t wanted to mess with and swim within the dangerific traffic of these countries. However, my tiny little bungalow on Koh Lanta included scooter rental within its price. Heck. If I’m paying for it, why not give it a go? 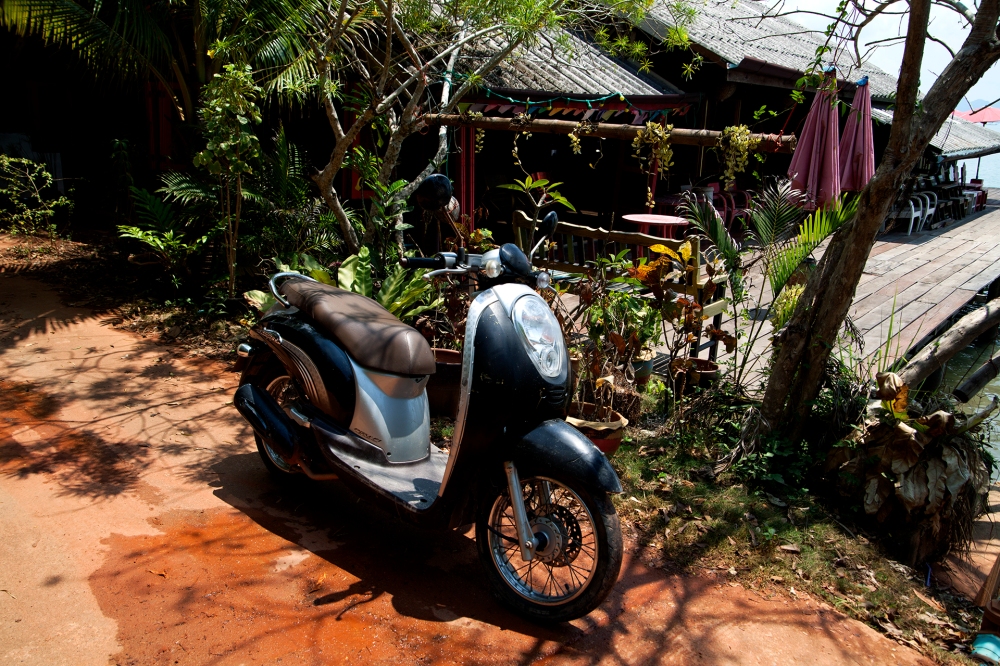 Hopping on one of these little things was easy and incredibly joyous in the end. The traffic on the island was light, but one did have to dodge the occasional rockfall and crossing lizard or monkey. Whizzing around the island between small fishing towns, beaches and restaurants with jungle on one side and a crashing sea on the other was pure bliss. 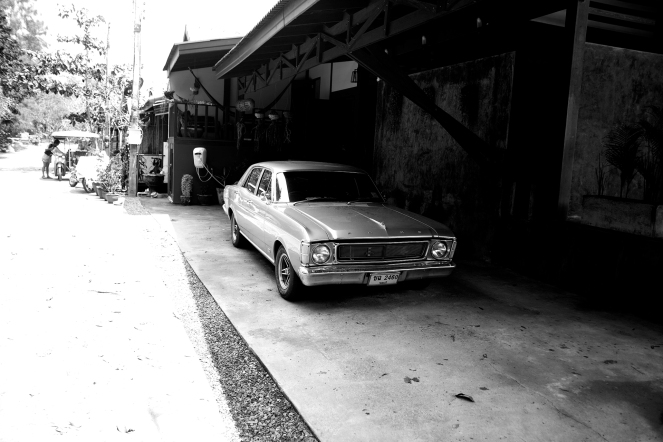 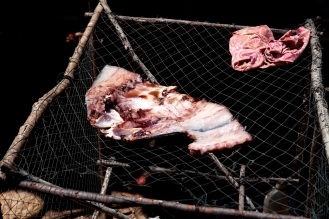 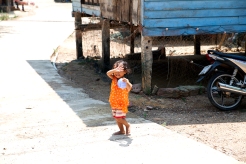 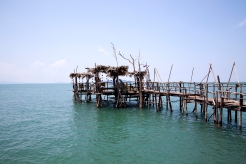 At the end of my first day of motorized self-mobilization I was quite proud of myself. A well deserved meal and drink at a scenic restaurant overlooking the ocean. Sunburns on my thighs and bugs which looked like that brain alien from Starship Troopers flying into the lamps post-sunset. A spectacular tropical storm building up in the horizon with lightning casting shadows over the seaside hills. Oh shit, that storm’s coming straight for me, isn’t it? 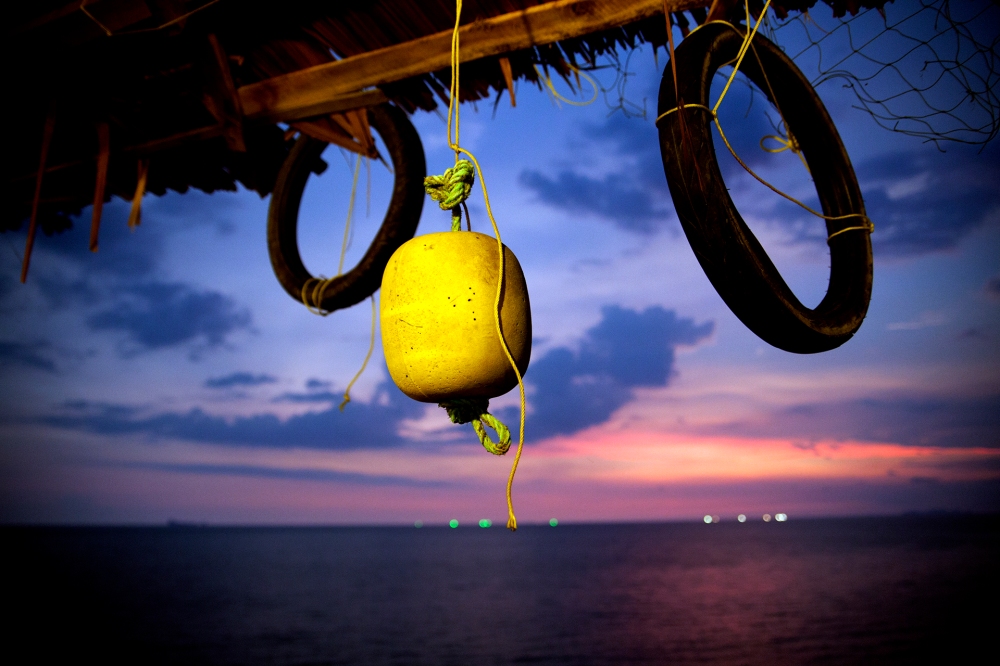 After quickly throwing a couple dozen baht on the table I hopped on the scooter and started towards my bungalow. Actually, calling that place a bungalow is quite generous so let’s go with hut. A substantial decision had to be made. I would either bound these unknown roads very very slowly in the dark and pouring rain with a half-lit headlight showing my way. Or I would crank the accelerator and pierce through the night at unsavory speeds in hopes of making it back before the rain would devour the roads in a muddy sludge. A minute or two later, I found myself zooming on a beach road at many kilometers per hour, making out the road ahead of me more by the illumination of oncoming lightning than my own scooter. A fierce wind in the trees of the jungle and on the waves of the sea. The first drops of rain in my eyes. One of the most exhilarating motoring experiences of my life.

But that was indeed as much adrenaline as I’d need for the next few days, which I’d spend traversing the island on a much more laid-back pace. And eventually, a tip from my brother-in-law would take me onward to the edge of Thai jurisdiction. The island of Koh Lipe.