I’m awakened by a golden Gobi sunrise. The overnighter from Ulan Bator arrives to the border town of Zamin Uud, a small enclave in the middle of the desert. A hectic struggle on the parking lot of the train station. Around two hundred people trying to acquire seats on the first buses to Beijing. I miss out. Luckily, around three dozen assorted vehicles from scooters, to SUV’s to WW2-era troop transport vehicles are happy to offer rides through the border and onto Erlian, the first city in China. I opt to share a Toyota Prius, the Mongolian standard, with six other passengers and their expensive looking leather luggage. After only a couple kilometers, we are all hustled out of the car and placed into a few more heavy-duty vehicles already waiting in line on the Mongolian side of the border. The lack of asphalt leads to cars getting stuck in the sand left and right, and groups of Chinese and Mongolians pushing the cars onward in a thick mist of frosted breath.

A quick penetration through a vast no-mans-land between the two nations and the usual border formalities. I finally find myself in China. “If you dig a hole straight down from here, you’ll eventually come to China”, is what my uncles used to say to me as a kid. Well it turns out, it’s much easier to take the train, a bus or two and some sketchy cars.

The border city of Erlian offered my first real bit of culture shock on the trip. A total lack of English being spoken on written anywhere. Not many westerners come through these parts I guess. Finding the bus station, acquiring tickets, food, and any sort of instructions was a hassle and then some. This is something I’d grow more and more used to in the coming days. Luckily the sleeper bus I was able to get myself into was nothing like the horror stories I heard back in Finland. Wait, are those statues of dinosaurs out the window? OK, sure. After a dozen or so hours, I was able to reach Beijing in the dead of early morning. 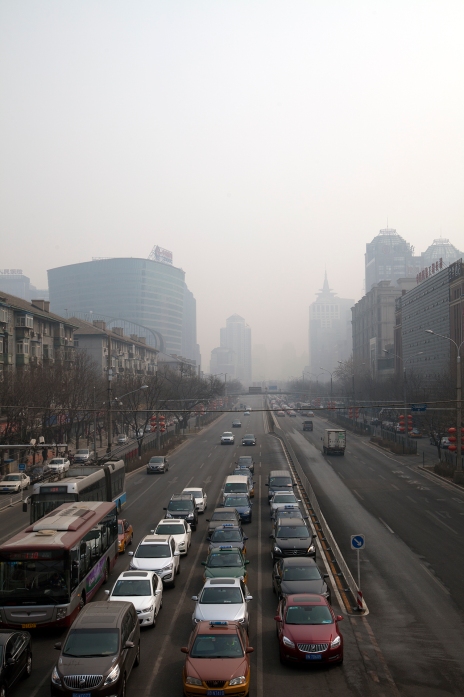 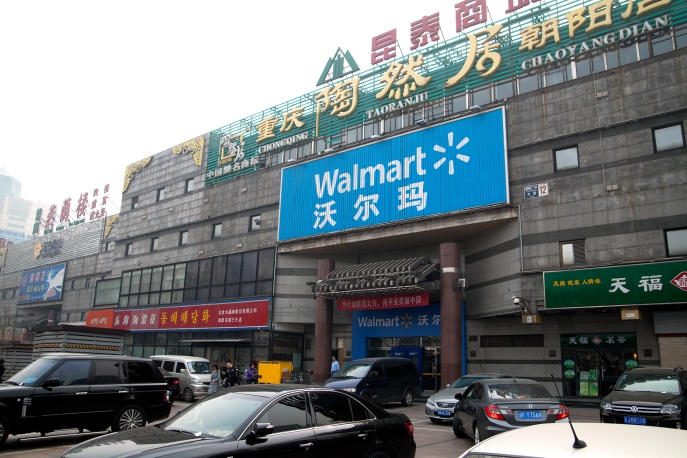 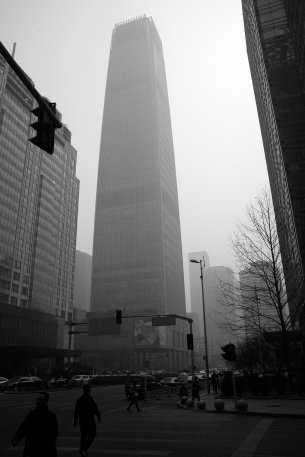 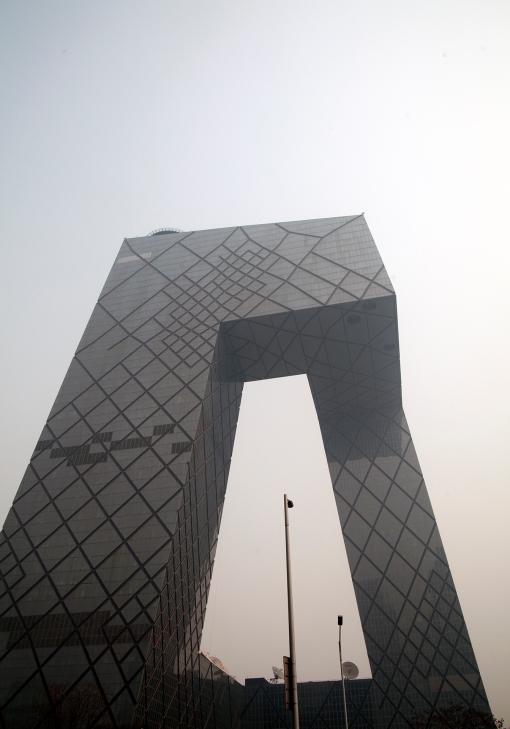 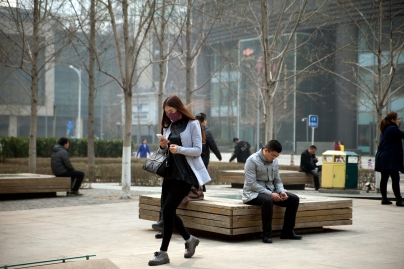 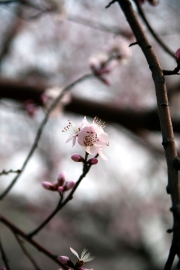 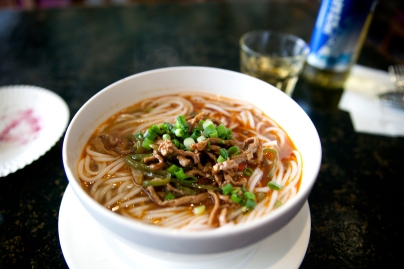 My first days in Beijing were largely drained by running to and from various Samsung phone repair boutiques. Screw it all. Had to buy a new phone in the end. A small highlight contained within my rushes through the grey smog of Beijing, was a spot of lunch at a Hainanese restaurant. The chef was celebrating his birthday, and there was cake all around. Strawberries, whipped cream and all.

Beijing is much less hectic than I had anticipated. Maybe the frantic nature of Ulan Bator had inoculated me against thousands of people rushing in and out of metro stations and traffic chaos on 12 simultaneous lanes. I had a hard time getting a sense of character out of the city. Maybe it reminds me a bit of Berlin, Warsaw, Moscow, or any other flat and widespread capital city around the world. Just, with more people, smog and arguably much better food. The city did offer me my first relaxed moments in a park, enjoying the sun in my t-shirt with a few pages of Hunter S. Thompson. 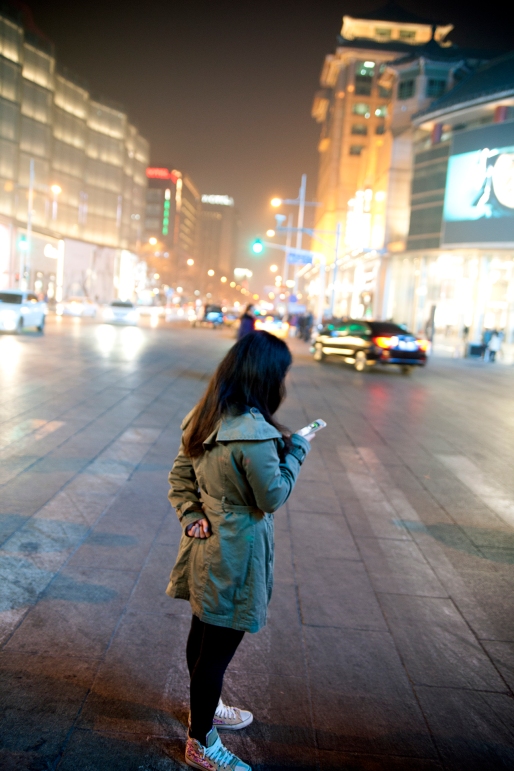 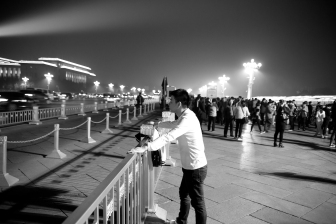 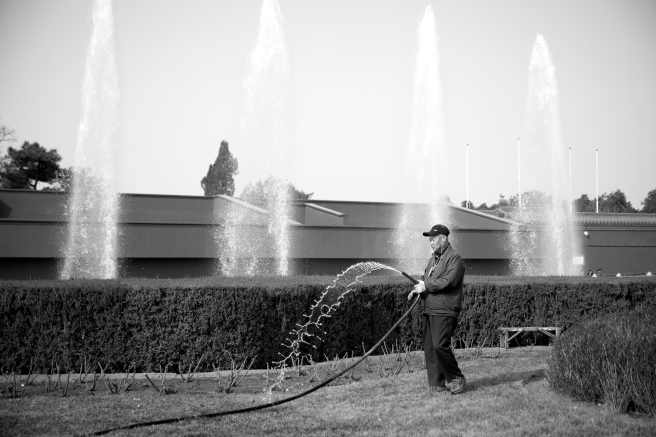 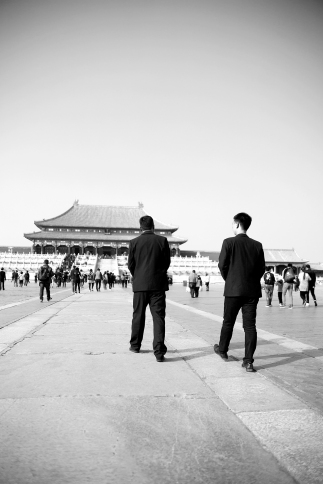 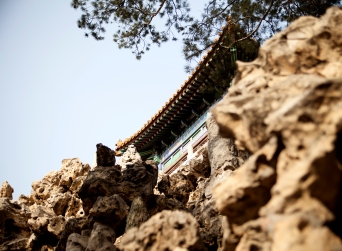 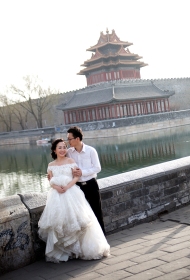 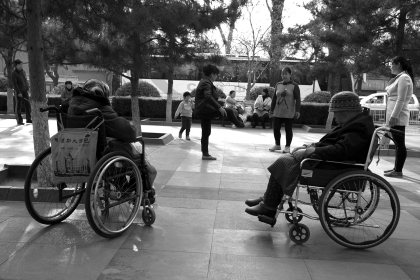 Apart from Tienanmen Square and the Palace Museum, which actually reminded me of the Persian and Arabic architecture in cities like Istanbul, the main attraction here is of course the Great Wall. Not the firewall, which I’ve been struggling with ever since crossing the border, but the one of stone and plaster. 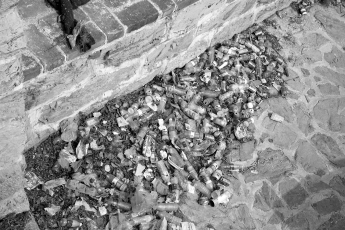 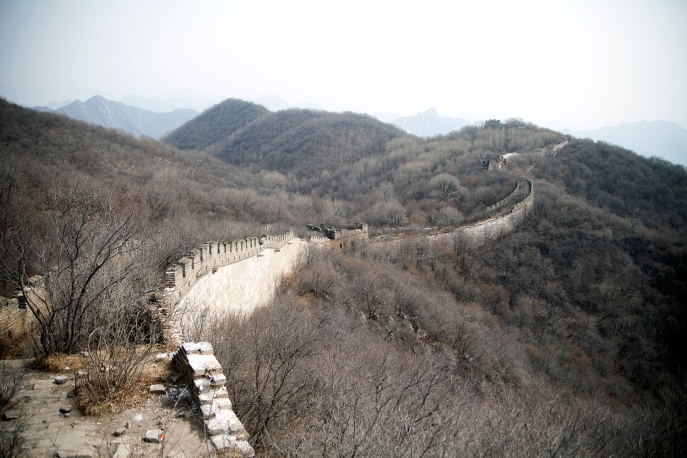 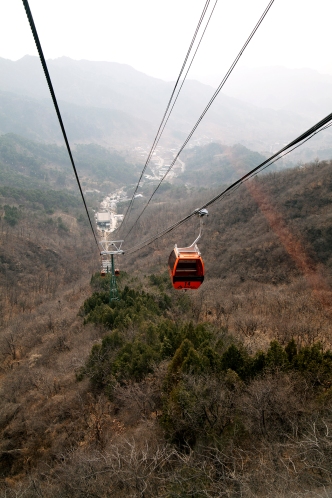 After yet another rally-style bus ride through morning traffic, I too arrived to this mystified site along with some fresh friends. I don’t usually go into much detail describing these sorts of sights or wonders around the world, but one has to admit to the scope and madness of it all. The wall, this colossal stone behemoth, rises in front of you and spreads like a never-ending zipper on top of valleys and mountaintops all the way to the horizon on both sides of your vision. Climbing up and down the thing was the most physically demanding thing I’ve had to do in ages, but the rewards after reaching the older parts of the wall were quite worth it. The unstoppable, impenetrable, ageless achievement of nationalistic protection slowly being eroded by the jungle around it. Now there’s a sight worth a thought or two.

Later, back to the hostel for a few brewed sports drinks. A ritualistic passing of literature to the first Finn I’ve met on the trip. For many, this is the end of their epic Trans-Mongolian adventure. For me, it’s just a sliver more than a start. Bags packed and ready for a ride towards the south, towards the future, inside a bullet.